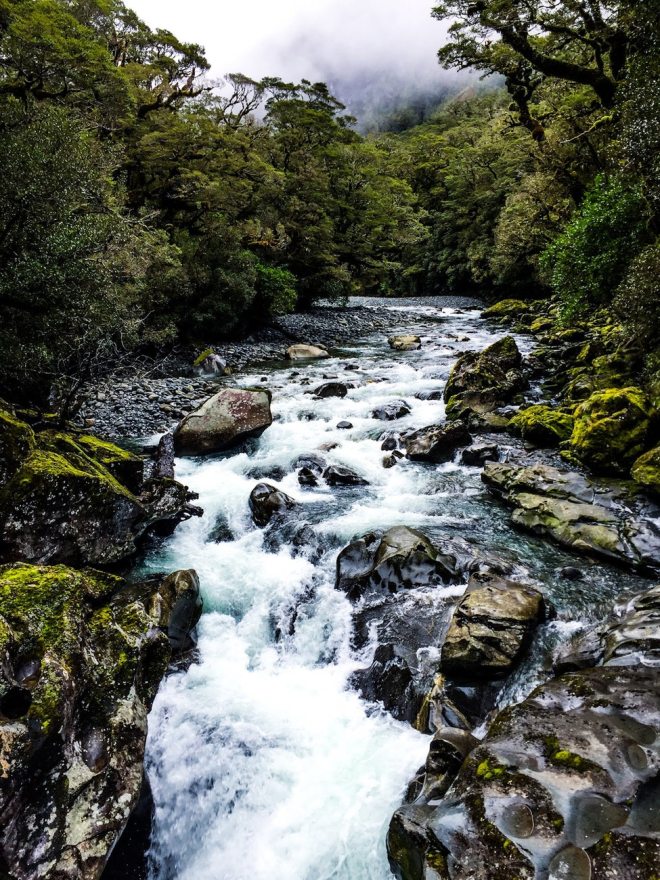 When we are not getting what we want, sometimes it feels like we are trying to get it by paddling upstream after a downpour. People can be so hyper focused on reaching success, that what they do becomes more important than how they feel. We are conditioned that we must fight tooth and nail, and if we do so relentlessly, our dreams will come true. But at what cost?

If we’re miserable the whole way there, I think it’s safe to say we won’t have very many happy campers with trophies in hand. Rather, we’d have people wishing the trophy was different, bigger, or better. That is because how we feel now is predominantly based on the culmination of what’s already happened, and how we’ve already been feeling. And yes, there is value in the struggle. We learn and grow there. But we can struggle and follow the flow, or struggle in stagnation.

A stream does not stop flowing when a big rock gets stuck to the bottom. The water flows around the rock and continues its journey downstream. Yet, there I was, like Moses, blocking the flow of my stream so I could try to remove the rock I had named “Single as a dollar bill.”

This is not to say give up. This is to say let go of the rock. If you flow in other ways, what you want unfolds naturally. When you’re anxious about not getting what you want, rather than trying to rip the rock out of the ground, find a way to flow downstream.