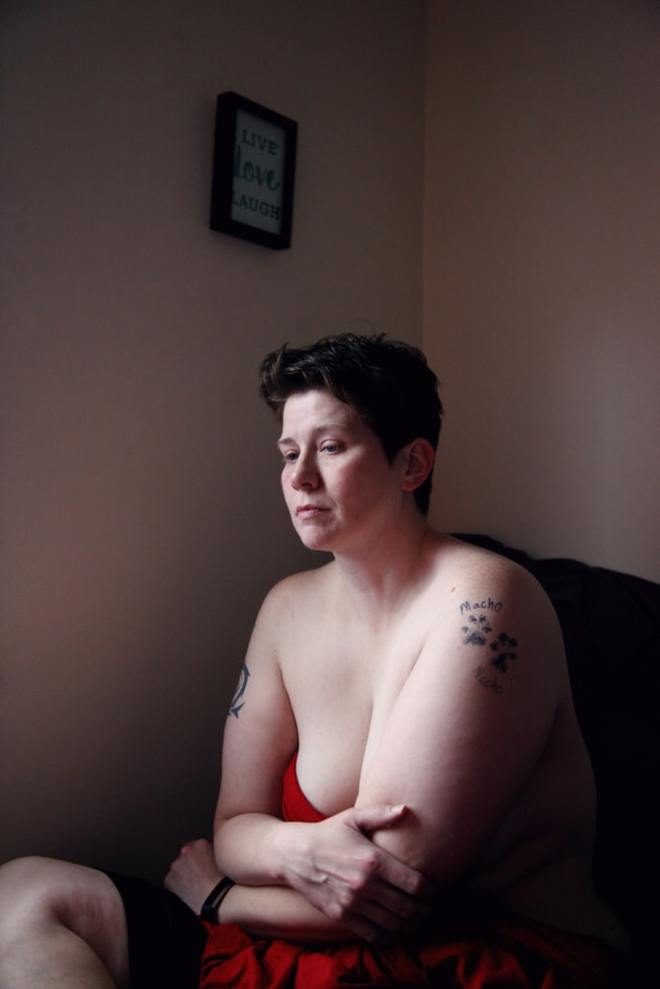 I think it’s safe to say, having insecurities is something we can all relate to. I don’t know why I feel so inclined to talk about my biggest insecurities, but I have a feeling this will make people laugh, and by the end, leave you feeling inspired. Not to mention, I’ll roast the shit out of myself, and who wouldn’t want to hear that? Without further ado, here are my three biggest insecurities.

Let’s start with my hair. Rather than my hair, I should say lack thereof. It’s so damn thin, I’m one hair pull away from looking like Danny DeVito. I brush my hair as carefully as Gollum polishing off his precious ring to avoid losing a single strand. Sometimes, I’m convinced I’m watching that scene in The Lord of The Rings when I see my reflection in the bathroom mirror first thing in the morning.

However, looking back, I remember one of my biggest insecurities growing up was my hair itself. I hated the way it looked, and straitened it for so many years that most people had no idea what my real hair actually looked like. Now, I love my Jew curls, and wish I could have seen the beauty in it then. I also wish I could see more of the beauty in whatever left of it I have now.

Next, we have my back. Sounds strange in theory, but it’s not when I’m walking in front of you, now looking like a mix between Danny DeVito and Jessica Simpson… During her pregnancy. There’s this tiny accumulation of fat in my mid to upper back that makes it seem as though I’m about to sprout wings. If I’m not careful, I’ll be able to fly myself back to the US for the holidays. At least I’d save some money. Maybe I’m being a little extra with that statement. I’m not waddling around like Eric Cartman right after Halloween or anything. It’s just not cute, and the thought of exposing my back in a bikini makes my wings shudder from nerves.

Yet, who’s to say it’s not cute? I remember seeing two girls in bikinis at a river while I was with a guy I had spent the last few weeks traveling with. One of the girls looked like she was just on the cover of Vogue Magazine. I said “Damn, look at her body!” He asked who I was referring too, and responded to my answer with “I like her friends body better.” To her side, was a girl who had a little belly, curves, and a relatable back roll. Nothing wrong with any of that, but I wasn’t expecting him to have that response while standing next to such a bombshell. He had little to no interest in miss wingless Vogue Cover Girl.

Lastly, (not actually last, but for the sake of time it is.) we have my mouth. Not my literal mouth. People pay to have lips as fat as mine. I’m taking about my inability to shut the fuck up sometimes. If I get excited or nervous, I’ll talk your ear off. Filters no longer exist and I’ll be sounding like an auctioneer in no time.

To be honest though, that’s an insecurity I’ve been embracing. Yes, at times it can get a bit out of control, but it’s a gift. I have the gift of gab, and I’d rather have to learn to reel it in sometimes, than not have such a gift at all.

All of those things we call insecurities now, will either continue, or be replaced with the next part of us that we choose to negativity focus on. That is, until we decide throw our middle fingers up and say fuck what the world has programmed us to accept about ourselves. All of what we call “shortcomings” are illusions and become accomplishments once we overcome them. It’s all a gift.