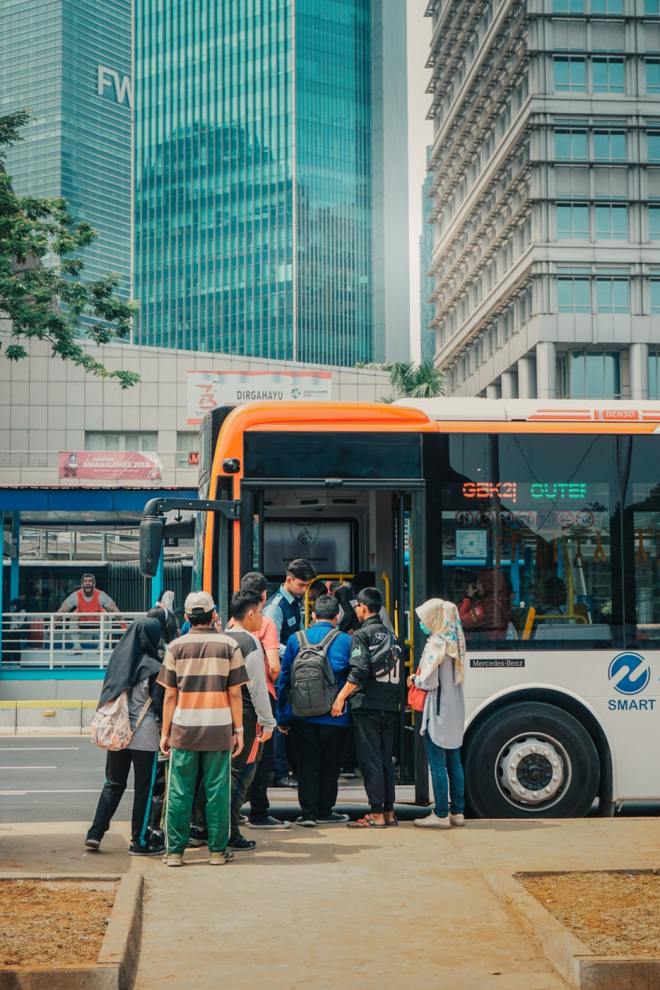 Many people refer to the sleeper bus from Laos to Vietnam as the bus ride from hell. I think that’s an understatement. This ride felt like purgatory on steroids. I’ll tell you why.

I get to the bus where I see several other Americans waiting to board as I notice people from Laos getting on one after the next. Turns out, we have to wait until all of the locals board.

“Interesting, but no biggie, I’ll wait.” My ignorant, cheery ass thinks to myself, without a clue of the purgatory that awaited.

After waiting for what seems like forever, he gestures for us to come in as though we’re late. Then, I find a place in the back and put my stuff there.

“Nooo!! No!” The driver shouts at me to move. He shouted like he was the kind parent that yells at his kids in public and you’d think to yourself, “Yeah, that poor kid is going to need intensive therapy and be really fucked later on in life.”

Apparently, that back seat wasn’t back enough. I have to share a small space near the freakin’ toilet with the other Americans with no room between us. Essentially, I had to share a bed with strangers unlike any of the people from Laos. I’d be the first to admit I’ve grown up with white privilege. For one of the first times, I felt like it was a disadvantage, and related to other races on a different level than before.

I couldn’t sleep whatsoever. For the first 15 hours the bus swerved and bumped around the mountains and dirt roads of Laos. I regretted not wearing my sports bra. Several times I was legitimately concerned for my life and the girl by my side who would probably get knocked out from me crashing into her. I grabbed on to my seat like the bus drivers imaginary kid would probably hold on to his mother when his dad yells at him.

Finally, the bus stops at 2AM at the boarder as we wait for customs to open at 6AM. My heart dropped as my eyes widened when I heard him take the keys out of the ignition and felt the AC turn off. Next this you know, I’m sweating my ass off to the point where sweat is dripping down my back and face. If there was a white flag, I would have waved it. I felt like crying.

At 5:30 AM I finally decided to try sleeping in the isle because I couldn’t sleep on that faux leather piece of shit. The floor was better, but I still felt like I was lying on a tortilla bought at the dollar store.

Less than 30 minutes later I hear yelling that customs are open. The customs were so chaotic that I’d rather go through the New York, JFK airport, during the holidays. If that didn’t make your skin crawl, you’ve either had a supernatural experience at JFK, or you have never been. No one spoke English and people dismissed you like you were the vein of their existence. Thankfully after customs the roads were smoother and generally it wasn’t as hellish.

Long story long, it was 15 hours of hell, and 12 hours of meh. I’m sure some busses are better than others. So, if you want to take on an experience like this, just make sure it’s more like a bed and less like one of those leather chairs you’d find in a retirement home minus the arm rests and padding. If there are blankets with cartoons and flowers on them, run away because that would be my bus. Also, be prepared to be treated like you don’t exist and surrounded by complete chaos for 15 hours or so.

For the record, I don’t regret it. I would never look back on a plane ride to Hanoi, Vietnam. The bus to Vietnam will be something to remember, and content for a blog post.

One thought on “The Bus Ride From Hell”